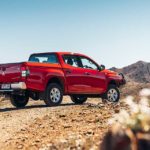 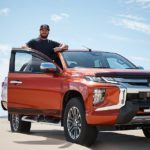 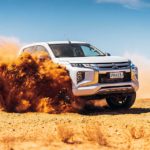 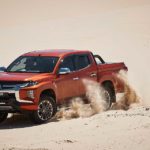 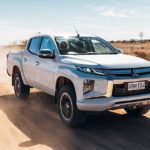 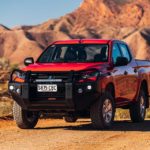 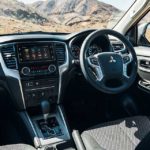 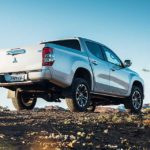 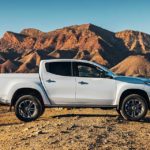 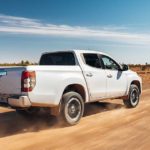 MITSUBISHI Motors Australia Limited (MMAL)­ has released the MY20 Triton line-up, which responds to customer demand by improving standard specification for three grades, while a limited-edition offering has also been introduced.

Speaking to journalists at the Triton national media launch in Adelaide, MMAL senior manager for product strategy Owen Thomson said the off-road capability of the mid-range GLX+ and GLS grades was the main focus of the MY20 update.

“The real change is the rear diff lock. We’re pushing it down the range,” he said. “We’ve listened to our customers.”

Asked by GoAuto how often Triton owners actually take their vehicles off-road, where the rear differential lock previously exclusive to the flagship GLS Premium variant could be put to work, Mr Thomson said it “depends very much on the customer” and was unable to provide specific numbers.

“The idea of this (GLX+) is people want a tougher off-road Triton and this is the base car you can get with rubber floormats and things – that was one of the reasons we put a rear diff lock on it,” he said.

“We’re now in the position where we can add it on and cover the cost in the retail price and still be really competitive.”

The latter two variants also gain a roof-mounted air circulator for the second row that frees up the rear of the centre console to offer USB ports instead of air vents. This feature was introduced in the GLS and GLS Premium variants as part of the MY19 facelift.

While the GLS dual-cab pick-ups have increased in price by $650, to $45,140 (manual) and $47,640 (automatic), buyers are compensated with the inclusion of keyless entry and start (previously exclusive to the GLS Premium grade) in addition to the aforementioned rear differential lock.

However, the GLS variants have had their sports bar deleted, which Mr Thomson said allows dealers to offer a wider range of accessories.

The GLS Premium grade’s sports bar is now black in colour, contributing to the dual-cab pick-up’s $500 price rise, to $52,490. Pricing is otherwise unchanged for the Triton’s 14 other full-time variants.

Having now received two upgrades in nine months, Mr Thomson hinted that annual tweaks to the Triton are likely to be the norm from now on.

“The 19 model year is the take-off point for Triton in the future, so we’re trying to just keep interest and keep it going over time,” he said. “It’s a really competitive market. We can’t sit still. We’ve got to be reacting and doing things all the time.”

New for MY20 is the Toby Price Edition grade that is named after the Australian off-road motorcycle racer who has been a Triton ambassador for a number of years.

Commanding a $3000 premium over the 4×4 GLS dual-cab-pick-up it is based upon and limited to 500 units, the Toby Price Edition steps up with its black nudge bar, LED light bar, tinted bonnet protector and weather shields, black sports bar, soft tonneau cover, tub liner, body decals and carpet floor mats, all of which are fitted locally by AutoCare Services.

A commemorate certificate with each vehicle’s build number and Vehicle Identification Number (VIN) is also included.

The Toby Price Edition grade is offered with three paintwork options, including White Diamond and Graphite Grey, while Sunflare Orange is an exclusive hue.

The MY20 Triton comes with a seven-year/150,000km warranty until close of business on December 31, 2019, at which point peace-of-mind coverage will revert back to MMAL’s standard five-year/100,000km term unless extended again.

Either way, four years of roadside assistance and three years of capped-price servicing ($299 for each 12-month/15,000km visit for diesel variants) are included.

According to MMAL deputy manager of marketing and operation Derek McIlroy, this aftersales package is currently being re-evaluated, with a view to potentially extending its offers permanently.

As reported, the entry-level 4×2 GLX single-cab chassis kicks off proceedings from $22,490 when fitted with a five-speed manual, which is the only variant available with the 94kW/194Nm 2.4-litre naturally aspirated four-cylinder petrol engine.

A similarly sized turbocharged diesel unit is used by all other Tritons, developing 133kW at 3500rpm and 430Nm at 2500rpm. It is mated to either a six-speed manual or a six-speed torque-converter automatic.