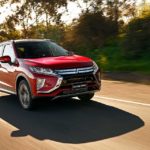 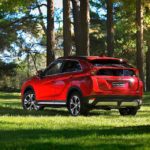 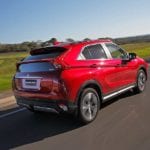 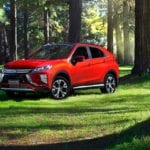 MITSUBISHI Motors Australia Limited (MMAL) has released its MY20 Eclipse Cross line-up, which is headlined by the availability of all-wheel drive beyond the small SUV’s flagship Exceed grade.

The Japanese brand’s Super All Wheel Control (S-AWC) system is now also available on the mid-range LS grade, priced from $34,490 plus on-road costs. It commands the same $2500 premium over its front-wheel-drive counterpart that the Exceed does.

“We are listening to our customers and they wanted a more affordable all-wheel drive, which is why we added S-AWC to the LS,” said MMAL deputy director for marketing and operations Derek McIlroy.

The S-AWC set-up available on the LS and Exceed includes Active Yaw Control (AYC), which “offers drivers predictable handling”, according to MMAL, by controlling the brakes and steering to regulate the torque split between the left and right wheels.

The company says this technology improves the vehicle’s accuracy when tracing the chosen line through corners, in straight-line driving and when changing lanes.

As such, MMAL senior manager for product strategy Owen Thomson told journalists at the MY20 Triton national media launch in Adelaide that safety is often a key reason why customers option AWD.

“We think there’s opportunity for this,” he said. “There’s certain regional parts of Australia (where) we can see a demand for it.”

The Black Edition FWD justifies its price bump with the addition of dusk-sensing headlights, foglights, rain-sensing wipers and high-beam assist to its list of standard equipment.

As its name suggests, the Black Edition FWD takes the ES FWD specification to the next level with a front skid plate and black finishes for its front bumper, grille and rear spoiler, among other darkened treatments.

Meanwhile, the Exceed has gained revised front door trims with illumination, and a black headliner to help offset its increase in cost. The rest of the Eclipse Cross line-up makes do with a grey item.

Paintwork-wise, the Black Edition FWD is available in Starlight, Black and Titanium, which are no-cost options. However, this trio commands a $690 charge alongside Sterling Silver and Lightning Blue on all other Eclipse Cross variants, with White their only free hue.

Red Diamond can be had instead for $890, although it costs just $300 on the Black Edition FWD.

All Eclipse Cross variants are motivated by a 1.5-litre turbo-petrol four-cylinder engine that produces 110kW of power at 5500rpm and 250Nm of torque from 2000-3500rpm. This unit is mated to a continuously variable transmission (CVT).

Sales of the Eclipse Cross have improved again this year, with 5049 examples sold to the end of August – a 9.7 per cent increase over the 4602 deliveries made during the same period in 2018.