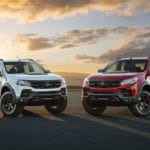 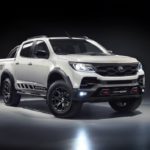 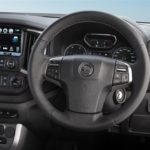 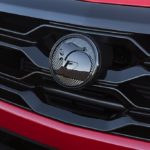 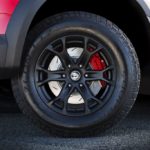 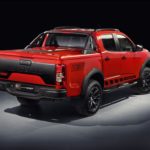 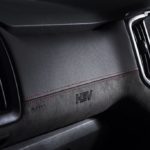 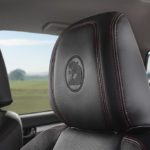 HOLDEN Special Vehicles (HSV) has applied the first update to its Holden Colorado-based SportsCat dual-cab pick-up since launching IT locally at the start of 2018, with some light updates based primarily around styling and nomenclature changes.

The update has seen more HSV branding applied to the vehicle both inside and out, which HSV general manager of marketing Damon Paull said was to increase the profile of the SportsCat both for existing and prospective buyers.

“It coincided with the signing of a new agreement with Holden, and it very much was a Colorado SportsCat by HSV,” he said.

“What we’ve found since launching is feedback from our really key stakeholder – customers and dealers – and the litmus test from market feedback said, ‘Hey, we want to sing it loud and proud,’ that’s why we’ve amped it up some.

“The bonnet badge has still been there since day one, we’ve just added on the rear tailgate, ‘SportsCat’ has been put on the back of the door sills and ‘HSV’ has been added to the tailgate, so not dramatic additions but noticeable.”

Mr Paull said the increased brand awareness would not necessarily add incremental sales volume, but it was important for customers, nonetheless.

“I don’t think you could put a quantity next to it, but I think if the feedback is so strong, then obviously it’s an important element for our customers. And as you know they’re passionate people.”

HSV is sticking with its initial predictions from earlier in the year, which is to sell between 750 and 1000 units in 2019.

The updates to the SportsCat are fairly minor, with some new exterior designs and a streamlining of the range from three variants to two.

Changes start from the front with new gloss-black design elements including the grille, fascia and lower bumper inserts, which replace the outgoing grey elements and add to the car’s menacing look.

The offset of the wheel increases track width by 15mm, while the 10-inch-wide tyres give the SportsCat a more intimidating stance than the 7.5-inch Colorado rubber while also contributing a 20mm increase in ride height.

As mentioned, new HSV branding has been applied to the side and rear of the vehicle to increase the public profile of the vehicle.

Inside, front-seat comfort has been improved with the addition of new HSV performance seats that feature Windsor suede inserts, a new trim pattern and increase bolstering on the sides and bottom.

A new sports steering wheel has also been introduced, with a thicker profile than the original wheel and perforated leather around the nine and three o’clock positions.

The range has also been revised with the removal of the entry-level SportsCat variant, while the SportsCat with optional Look Pack and top-spec SportsCat+ have been consolidated into two full-time variants known as V and SV respectively, harking back to HSV’s Commodore days.

The SportsCat features a number of mechanical upgrades over its Colorado Z71 donor vehicle, including HSV sports suspension with a 45mm front-end ride height lift, a revised spring, damper and ESC tune; LED foglights, tubular side steps, recovery hooks and a hard tonneau cover as well as a rear de-coupling anti-roll bar and AP racing brake package on the SV, which are optional on the V.

No changes have been made to the SportsCat’s powerplant, which carries over with the Colorado’s 2.8-litre turbo-diesel four-cylinder engine producing 147kW and either 440Nm when teamed to a six-speed manual or 500Nm equipped with a six-speed automatic.

The Duramax engine drives all four wheels through a part-time four-wheel-drive system, with low-range gearing and a helical limited-slip differential on the rear axle.

For those after extra power, Walkinshaw Performance offers an ECU tune that improves power and torque by approximately 20 per cent and can be bought through HSV dealerships.

The Series II HSV SportsCat goes on sale this month.