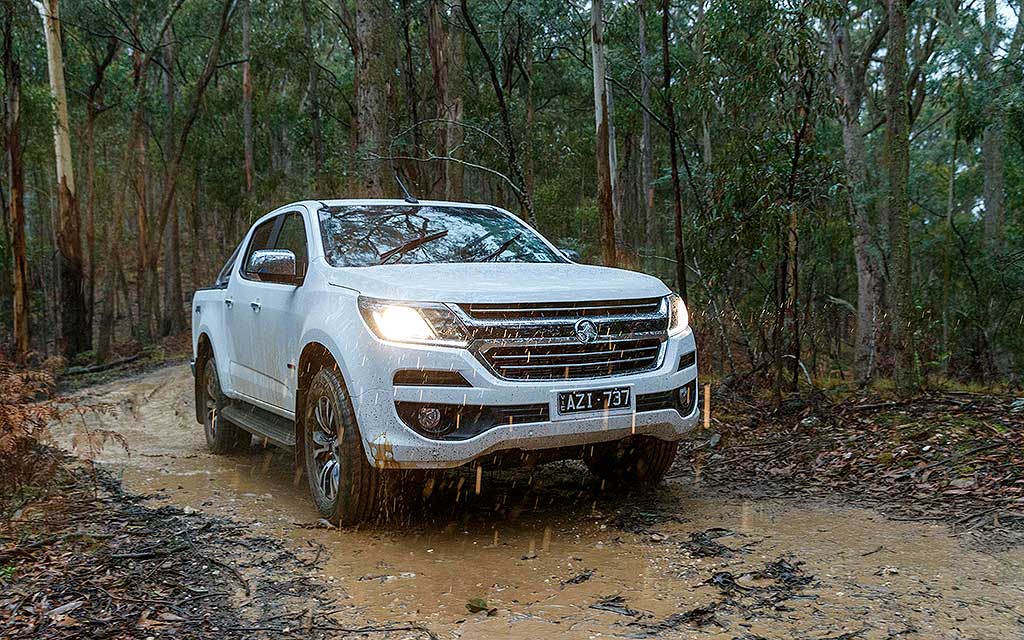 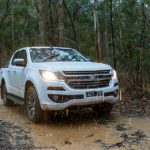 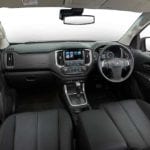 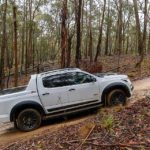 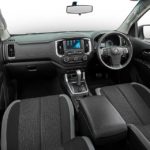 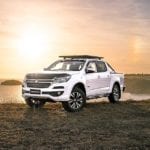 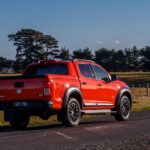 GM HOLDEN has improved the value equation of the Colorado ute by adding more standard equipment as part of a MY20 update while also managing to hold its range-wide pricing steady, although the manual transmission has been dropped on seven of its variants.
As a result, every 4×2 variant is now mated to a six-speed torque-converter automatic transmission as standard, while 4×4 space-cab versions also go without the three-pedal set-up, with the lion brand citing low demand and its desire for line-up simplification.
However, all other 4×4 variants still come with the choice between a six-speed manual transmission and its automatic counterpart, with the latter commanding the same $2200 premium as before.
Aside from a tweaked grille, there have been no other changes to the base LS grade that now kicks off from $31,690 before on-road costs with the 4×2 single-cab chassis.
Similarly, the LT grade carries on unchanged, but is now only available as a 4×2 dual-cab pick-up ($41,190) due to its 4×4 counterpart being deleted in favour of the new LSX version, which is now a full-time member of the Colorado range.
Having been offered as a special-edition grade last year, the work- and play-focused LSX is priced from $46,990 but is not available as a 4×4 dual-cab chassis, despite being offered as such as part of its most recent limited run.
The LSX stands out from the LS with its Arsenal Grey metallic 18-inch alloy wheels, four black fender flares and gloss-black grille, all of which are shared with the flagship Z71 grade.
It also gains a black sports bar, soft tonneau cover, rear ‘Colorado’ decal, tailgate lock and DAB+ digital radio, but misses out on the special-edition version’s all-terrain tyres.
Elsewhere, the pick-up-only LTZ grade (from $44,690) now justifies its positioning within the Colorado line-up with the no-cost option of leather-accented upholstery and heated front seats, although these two premium features are exclusive to its 4×4 variants, with the 4×2 dual-cab missing out.
The LTZ+ grade (from $51,520) is a new for MY20, with it adding a tow bar over the LTZ and featuring a rerated maximum payload of just under 1000kg that makes it available to Fleet Management Organisations (FMOs) via novated leasing.
It is only offered as a 4×4 dual-cab pick-up that commands a $1030 premium over its LTZ counterpart. According to Holden, the LTZ+ can also be purchased by private buyers.
The Z71 4×4 dual-cab pick-up (from $54,990) further asserts its flagship status for MY20 with a front bash plate, four black fender flares and a ‘soft-drop’ tailgate with gas struts.
Both the LTZ, LTZ+ and Z71 grades also gain a tough DuraGuard spray-on tub liner that was a locally instigated development that should lead to fewer warranty claims, according to GM Holden general manager of LCV marketing Andre Scott.
He told journalists this week at the MY20 Colorado national media launch in Creswick, Victoria, that just over 60 per cent of LTZ and Z71 buyers add aftermarket tub-liners to their vehicles.
This prompted the company to fit from factory what Mr Scott described as “a premium product”, with the trio claimed to be the only pick-ups on the market that retail for less than $70,000 and feature a spray-on tub liner as standard.
As before, a 2.8-litre Duramax turbo-diesel four-cylinder unit is the only engine available in Colorado, with it producing 147kW of power at 3600rpm and 440Nm (manual) or 500Nm (automatic) of torque at 2000rpm.
Meanwhile, a fresh set of five accessory packs make customising Colorado easier than before, all of which are available with a credit that can be used towards other accessories or taken off the vehicle’s purchase price.
The Black Pack ($2450 after $500 credit) is exclusive to dual-cab pick-ups (excluding the LSX and Z71), with it adding Arsenal Grey metallic 18-inch alloy wheels, a gloss-black grille, a bonnet protector, a bonnet bulge, tail-light guards, a rear ‘Colorado’ decal and two weather shields.
The Rig Pack ($4150 after $500 credit) is available on all grades except the Z71, with it bundling in a nudge bar, an LED light bar, a bonnet protector, four weather shields, a towing package with an electric trailer brake, four carpet floormats and two cupholders.
The Tradie Pack ($6150 after $500 credit) includes a towing package, a bonnet protector, side steps, a rear step (pick-up only), two weather shields, canvas seat covers, four all-weather floormats, a 12V power outlet, two cupholders and an optional roof tray (pick-up and chassis only).
Exclusively offered with the LS dual-cab chassis, the Farmer Pack features a bull bar, a heavy-duty steel tray and a towing package in Light Duty form ($5750 after $500 credit), while underbody protection and two black fender flares are further included in Heavy Duty guise ($7150 after $750 credit).
Following the success of the limited-run Z71 Xtreme grade from last year, the Z71 dual-cab pick-up-only Xtreme Pack ($17,550 after $2000 credit) allows buyers to up the ante with a winch bar, an LED light bar, a bonnet bulge, all-terrain tyres, heavy-duty springs, side steps, a roof tray, a towing package, a rear step, a sports bar and tonneau, a decal package and an off-road recovery kit.
Mr Scott told GoAuto that the Black Pack, Rig Pack and Tradie Pack are expected to be the most popular, while the Farmer Pack will be a lower-volume proposition due to the smaller regional market it plays in.
“Black bits, we know they fly out of the door. They’re already a high attachment rate, so they’ll go pretty well,” he said. “Tradie Pack, as well, given the cohort and who buys utes, again that’s there.
“I think the sleeper will be the Rig Pack. Again, that white-collar person who’s a new entrant who doesn’t want the all-out look of the Xtreme (Pack) can then get a little flavour of that.”
All of these accessories are covered by Colorado’s five-year/unlimited-kilometre warranty and maintain its five-star safety rating from the Australasian New Car Assessment Program (ANCAP).