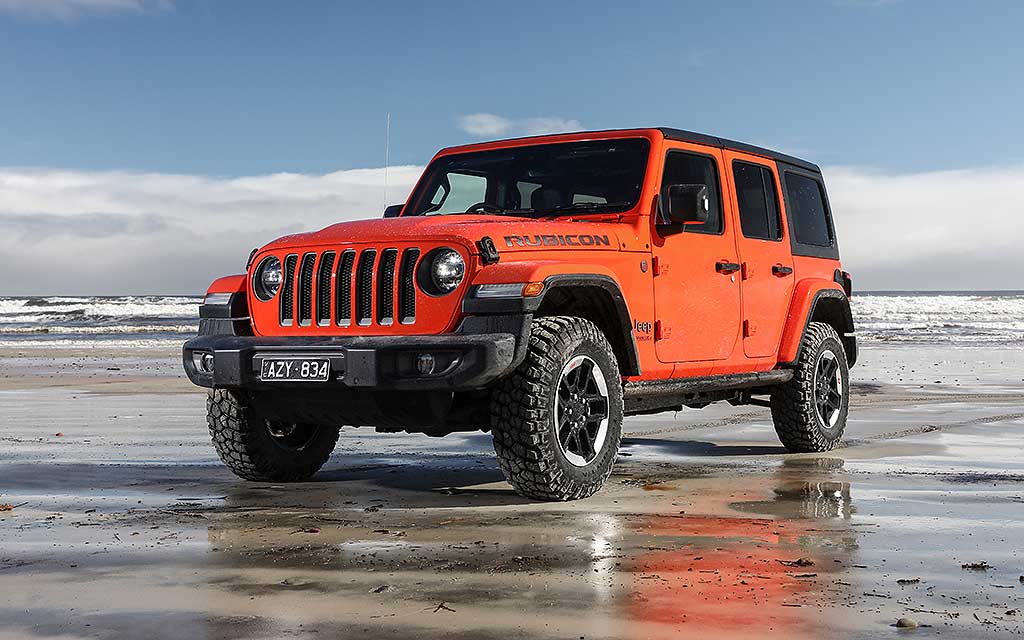 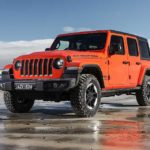 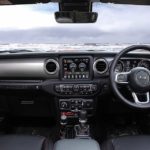 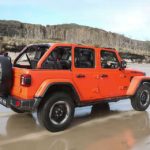 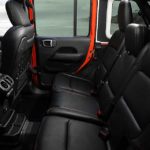 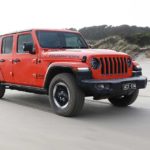 JEEP is confident that the all-new Wrangler would return a significantly better crash-test rating from the Australasian New Car Assessment Program (ANCAP) than its European counterpart, since all Australian-bound vehicle differ in key powertrain and safety specification details that would alter the overall results.

However, while Fiat Chrysler Automobiles (FCA) Australia is working with ANCAP to ensure the local Wrangler is scrutinised as fairly as possible with all the different variables accounted for, it is unlikely that there will be another crash test conducted, since data from the European testing revealed last December can be extrapolated for the locally specified model.

Speaking to the Australian media at the launch of the JL-series Wrangler in Tasmania last week, Jeep brand head of Asia Pacific and FCA Australia president and chief executive Steve Zanlunghi said he is confident of an improvement over the one-star rating that the Euro-spec, four-cylinder models that are unavailable here achieved.

By the end of this year, all MY20 Wranglers will all have autonomous emergency braking (AEB) and blind-spot monitoring as standard. For now, the base MY19 Sport S does without them.

“The vehicle that was tested in Europe was not tested with the same set-up as we have here in Australia… it was tested with the 2.0-litre (four-cylinder turbo) and 2.2-litre (turbo-diesel) engine, and our vehicles here predominately are going to be 3.6-litre (V6 petrol) engines.

“Also, the main key focus is AEB, as we have AEB here as well as blind-spot monitoring, which they are not going to have over in Europe.

“We’re working with ANCAP to understand what the equipment in different vehicle set-up will be, and if that’s the case, and they issue a score, then that will be it. But we don’t know yet. Our product guys have issued the information to them.

“But AEB will be across the range for Model Year 2020. It’s already in the Overland and Rubicon, and it will come later this year with the Sport S.”

Mr Zanlunghi believes that, given the Wrangler has been engineered to meet tough US crash-test standards, most buyers will feel confident in their vehicle’s safety.

“I can tell you from what we’ve seen from customers coming in, it has not been an issue,” he said. “Obviously different customers value different things, but we’re not hearing anything about it.”

Finally on sale in Australia, 18 months after its LA Auto Show debut in November 2017, the other big news behind the off-roader that may become Jeep’s second best-selling model after the Grand Cherokee is an improved customer-care regime, featuring cheaper capped price servicing (CPS) that will be rolled out in all future Jeep models.

“We’re trying to increase our loyalty back to our dealerships,” said Mr Zanlunghi. “The offer is to drive our customers back into our service departments, because they cannot go to the outside market and get a servicing that is cheaper than this.

“We made sure we were priced under the external market… because we know the more touch points they have with the dealership, the more loyal the customer is.”

Mr Zanlunghi added that the CPS offer will be rolled out across the entire model range in time, underlining the commitment to customer care and quality that – under his watch – has also seen an expansion of warranty to five years, conditional ‘lifetime’ roadside assistance, better dealer training and speedier spare-parts distribution, among other improvements.

“This is the first vehicle we are doing it on,” he said. “It’s a pilot. It’s going to stay and be with the life of the JL Wrangler, and then we’re looking at expanding it to the rest of the Jeep line-up.”

Price jumps between $8000 and $10,000 across the board are offset by substantially better safety, equipment levels, refinement, efficiency, towing capacity, off-road capability and – crucially – on-road dynamics. Only about five per cent of parts are shared with the JK.

Kicking off from $48,950 plus on-road costs, the Sport S two-door auto replaces the JK Sport, with the S denoting over $9000 worth of extra gear, including keyless start, daytime running lights, rear parking sensors, a touchscreen with Apple CarPlay/Android Auto connectivity and reverse camera.

Next up, the Overland from $58,450 gains $12,000 worth of gear including the aforementioned as well as AEB, blind-spot monitoring, cross-traffic alert, keyless entry, adaptive cruise control with stop/go and sat-nav.

With stop/start technology, it averages between 9.6 and 10.3 litres per 100 kilometres depending on body style, for between 223 and 239 grams per kilometre of carbon dioxide emissions. Drive is sent all four wheels via a ZF-supplied eight-speed torque-converter auto.

The sprint from standstill to 100km/h takes 7.5 seconds in the V6 two-door, 7.9s in the four-door versions and 9.6s in the Rubicon four-door diesel.

The lightest Wrangler is the Sport S two-door at 1762kg (tare) and the heaviest is the beefier Rubicon four-door at 2160kg, while braked towing capacity is rated at 1497kg and 2495kg – improvements of 25 and 49 per cent respectively.

Measuring in at 4334mm (two-door) and 4882mm (four-door) in length, 1894mm in width and between 1821-1848mm in height, the Wrangler continues to employ body-on-frame construction and solid axles at each end, featuring link coils, leading arms, track bar, coil springs and anti-roll bars. The latter are electronically decouple-able in Rubicon.

Brakes are vented discs up front (330mm) and solid discs out back (between 328-342mm depending on grade).

Steering is now an electro-hydraulic rack-and-pinion with tilt/telescopic adjustment.

All models gain four skid plates for better underbody protection, with ground clearances varying between 232mm (Sport S four-door) and 260mm (Overland two-door), while the approach angle is 34.8 degrees, departure angle is 29.2 degrees and wading depth is 760mm. Wheels are 17 inches in diameter on all but the 18-inch-shod Overland.

As before, owners can fold the front windscreen, remove the doors (not on public roads in Australia) and either remove part of the roof or opt for a full-length Sky One-Touch canvas roof that retracts with the touch of a button.

All soft-top material is better insulated than in previous Wranglers. Some late pre-production shakedown testing was carried out in and around Alice Springs early last year, as part of 6.3 million kilometres of global testing.

Mirroring the exterior’s retro redesign with hints of the earliest post-war civilian Jeeps around the headlight and seven-slot grille treatments, the interior aims to evoke the horizontal dash themes of the original; yet there are the obligatory 21st century central touchscreen, metal-plated trim accents, washable interior (with drain plugs) and some weather-proof switchgear. Two-door models seat four, four-door wagons take five people.

Among the safety gear are four airbags and electronic stability control with roll mitigation.

Over 130 accessories from Mopar are also available, although the half-doors offered elsewhere are not allowed under Australian law.

Jeep says the Wrangler’s demographic is 20 years younger than the industry average, while residuals tend to be 20 per cent higher than typical SUVs.

Rivals include the Mercedes-Benz G-Class, Land Rover Defender and Toyota FJ Cruiser (if it ever returns), while FCA Australia expects nearly 15 per cent of buyers would be coming from the Ford Ranger, 12 per cent the Holden Colorado and 9.2 per cent from the Toyota LandCruiser wagon.

Only one-in-four sales are expected to be the two-door, with Sport S accounting for around half of all volume, Overland 30 per cent and Rubicon 20 per cent.

Buoyed by run-out special editions, sales for the outgoing Wrangler were actually up by nearly 10 per cent last year, at 1092 registrations, though that is some way off the 2014 all-time high in Australia of 2900 units.