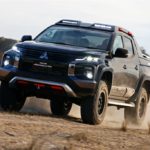 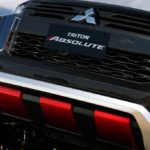 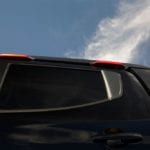 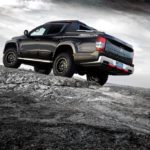 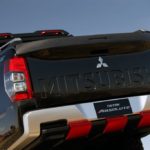 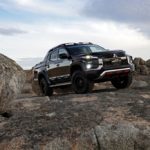 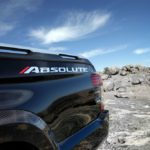 MITSUBISHI has used the Bangkok motor show to unveil its Triton Absolute concept, which takes a 4×4 dual-cab Triton and adds a number of visual and mechanical enhancements, and could possibly foreshadow a top-spec Triton variant Down Under.
Mitsubishi Motors Australia Limited (MMAL) has said it will keep a close eye on the reception that the Triton Absolute receives to gauge whether it could materialise into a production model for the brand.
MMAL CEO John Signoriello said the Triton Absolute represents where the Japanese car-maker can go with its one-tonne pick-up.
“It demonstrates our commitment to exploring a vision of the future Triton that will deliver on our ‘engineered beyond tough’ commitment to the Triton series – bold enough to be taken on even more adventurous treks to explore Australia’s rugged outback, which is one of Mitsubishi’s defining strengths,” he said.
“While only a concept at this stage, we will assess the feedback from customers in Australia and overseas towards a more aggressive Triton which will guide the brand’s future product development.”
The Triton Absolute concept is decked out in a menacing all-black bodykit with silver and red contrasting accents, starting at the front with enhanced LED lighting, bumper underbody protection and roof-mounted LED driving lights.
At the rear, the Triton Absolute scores a special rear bumper, Absolute badging, imprinted Mitsubishi lettering across the tailgate, a bootlip lid spoiler, tub rails and a black sports bar.
An integrated roof rack is fitted up top, while a carbon-fibre-look protective body panelling has been added for tough looks and to accommodate the Triton Absolute’s wider wheel track.
To enhance its prowess off the blacktop, chunky 285/65 Falken Wildpeak all-terrain tyres have been fitted, wrapped around 18-inch beadlocked black factory alloy wheels.
Also aiding off-road ability is a 50mm suspension lift, that enables greater wheel travel and enhances on-road ride and handling.
No changes have been made to the Triton’s powerplant, namely a 2.4-litre turbo-diesel four-cylinder engine producing 133kW at 3500rpm and 430Nm at 2500rpm, mated to either a six-speed manual or six-speed torque-convertor automatic transmissions.
A heavily facelifted Triton arrived in Australia at the start of the year, which through February has resulted in a surge in sales for the 4×4 variant, up 51.9 per cent year-on-year to 4476 units, however 4×2 sales have dipped 21.7 per cent over the same period from 480 to 376 units.
The Triton Absolute will be showcased to the public over the next 12 months.