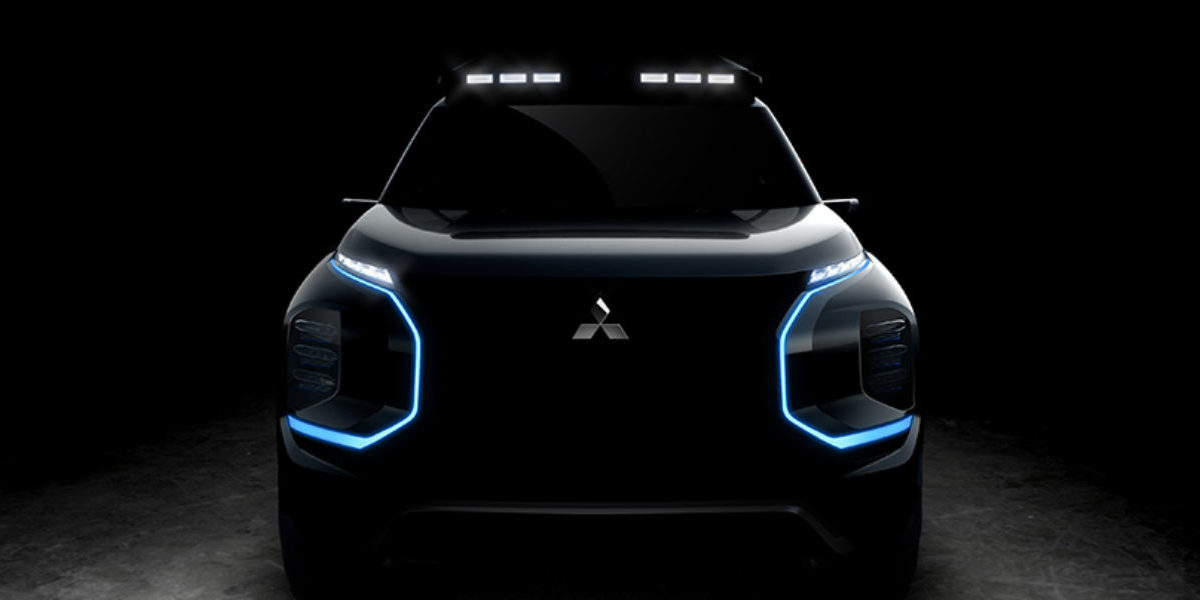 MITSUBISHI has announced it will be revealing a new concept SUV at the Geneva motor show in March, which the car-maker says will bring “more SUV, more EV, more technology and more style”.
Called the Engelberg Tourer, the SUV concept is named after the scenic town in the Swiss alps, and is likely also a nod to the host country of the Geneva show.
A single teaser image of the Engelberg tourer has been released, showing off a tough-looking vehicle with slimline LED headlights, a blue lighting signature that frames the beefy outer air intakes, and a large grille with the Mitsubishi logo at the front.
Front fascia styling also resembles the facelifted Triton that goes on sale this month, and also looks similar to the e-Evolution concept from the 2017 Toyko motor show.
Suggesting some propensity for adventure, the Engelberg Tourer also looks to come equipped with a roof rack with LED driving lights.
With the tagline “more EV”, it is unsure whether the Engelberg Tourer will be a fully electric model or just feature a hybrid powertrain set-up, however both have previously featured on concepts and production models.
The current Outlander PHEV medium SUV uses a plug-in hybrid set-up, while the e-Evolution employed an all-electric set-up with one motor powering the front wheels and the rear wheels getting one motor apiece.
If it is off-road-oriented, expect to see the brand’s Super All-Wheel Control (S-AWC) traction control system feature.
Adding “more technology” will likely refer to autonomous and self-driving capabilities, however what exactly that refers to is yet to be disclosed.
No other details are available regarding the Engelberg Tourer, however Mitsubishi will release further details on the new concept in the lead-up to the Geneva show, and its public debut on March 5.