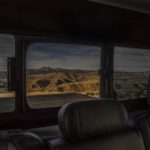 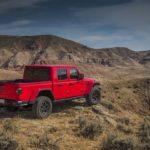 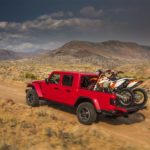 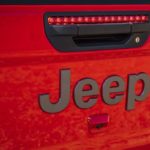 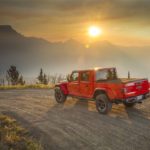 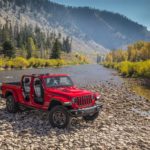 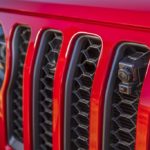 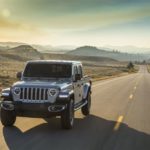 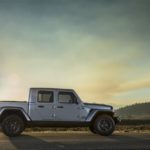 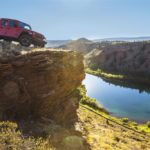 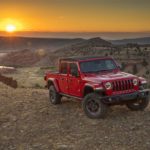 JEEP claims its born-again Gladiator pick-up will be “the most capable mid-size truck ever” when it hits the North American market in the second quarter of next year ahead of an expected Australian showroom roll-out in early 2020.
Revealed overnight at the Los Angeles motor show, the Gladiator sits on a stretched version of the Wrangler’s rugged ladder chassis and five-link suspension. The frame is almost 80cm longer than that of the four-door Wrangler SUV, while the 3487mm wheelbase is about 50cm longer.
Overall length is a hefty 5539mm, making the Gladiator 209mm longer than Toyota’s top-selling dual-cab HiLux. Kerb weight is similar, about 2.2 tonnes.
A big selling point will be the Gladiator’s 3.5-tonne towing capacity and 725kg payload limit on a vehicle with serious rock-hopping ability.
Fiat Chrysler Automobile’s head of Jeep brand for North America, Tim Kuniskis, said the Gladiator was unquestionably a truck and instantly recognisable as a Jeep.
“There is tremendous demand for this unique vehicle from our loyal Jeep customers and pick-up truck buyers everywhere,” he said. “Born from a rich and proud heritage of tough, dependable Jeep trucks, Gladiator combines rugged utility, versatility and functionality resulting in the most capable mid-size truck ever.”
Unlike other utes of similar size, the four-door, five-seat Gladiator will come with a variety of Wrangler-style roof configurations that allow open-air driving. The windscreen can be folded down by undoing four bolts, leaving a header bar between the A-pillars to ensure the rear-view mirror remains in place.
Each of the doors can also be removed by activating a handle under the armrests.
The rear seats fold up to reveal a storage cubby that can be upgraded to an optional lockable bin if drivers prefer open-air driving.
In the United States, Gladiator will come in four specifications – Sport, Sport S, Overland and Rubicon – all initially powered by FCA’s 212kW/352Nm 3.6-litre Pentastar petrol V6 mated with a choice of six-speed manual gearbox and eight-speed automatic transmission.
From 2020, a 194kW/600Nm 3.0-litre V6 diesel with the eight-speed auto will come on stream.
It is unclear which of these specifications and powertrains will make it to Australia.
Setting Gladiator apart from its rivals will be its off-road capability, starting with a two-speed transfer case with a Command-Trac 2.72:1 low range ratio and Dana heavy duty axles.
The Rubicon goes one better with a Rock-Trac “4LO” ratio of 4:1, along with locking differentials and electronic anti-sway bar disconnection.
Jeeps says the manual Gladiator Rubicon has a crawl ratio of 84.2:1, while the automatic version’s is 77.2:1 – both sufficient to climb extreme trails.
Wading depth is 76cm, while ground clearance is 28cm.
To keep the weight down, aluminium is used on parts such as the doors, bonnet, tailgate and windscreen frame.
Styling wise, the Gladiator gets Jeep’s tradition seven-slot grille, but the gaps have been widened compared with Wrangler to allow more cooling for towing.
On Rubicon, those gaps in the grille also accommodate a video camera to help drivers see over crests when off-roading.
LED headlamps are optional on the lower specifications and standard on Rubicon.
A full-sized spare wheel is stowed under the cargo tray where a wheel up to 35 inches can be stored.
Weekend warriors will appreciate the interior comforts that include climate control, push-button start, phone charging and connectivity ports and 5.0-, 7.0- or 8.4-inch touchscreens that come with FCA’s latest Uconnect system with Apple CarPlay and Android Auto.
The Gladiator is the first Jeep pick-up since the Commanche was dropped in 1992. It is also the second Jeep pick-up to wear the Gladiator badge, with the Wagoneer-style ute bearing that name between 1963 and 1972.
The new vehicle will be built in the home of Jeep, Toledo, Ohio, in a plant vacated when the new-generation Wrangler was shifted to a different production line at the facility.