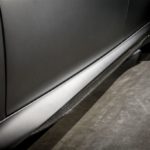 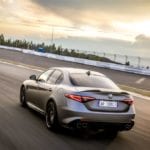 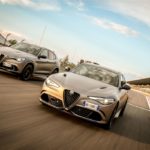 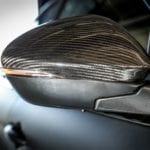 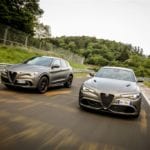 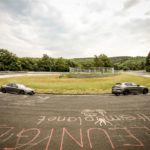 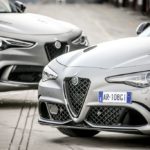 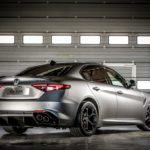 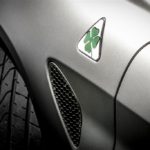 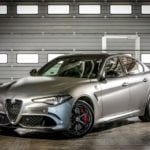 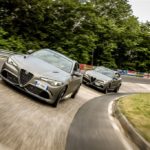 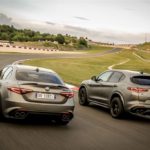 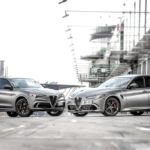 KEEN Australian Alfa Romeo fans will have to pay a premium of up to $40,000 if they want to help the Italian brand celebrate its Nurburgring hot lap record successes by buying one of two new limited-edition vehicles based on the Giulia Quadrifoglio sedan and Stelvio Quadrifolgio SUV.

Dubbed NRING Limited Edition and due to land in showrooms in about September, the two new variants are loaded with extra goodies such as carbon ceramic brake discs, carbon-fibre trim, matte grey paint, special wheels and a high-end black-and-red sports interior, among other things.

Just four of the special Giulias and three of the Stelvios will be imported. These temporary flagships will become not only the most exclusive variants in the Alfa Romeo range but also the most pricey, rocking in at $182,900 plus on-road costs for the Giulia NRING and $198,900 for the Stelvio equivalent.

That makes them $37,000 and $40,000 respectively more expensive that the “standard” Quadrifoglio variants that have served until now as the top of the respective ranges.

The NRING duo carry over the Quadrifoglio’s blistering 2.9-litre twin-turbo V6 with the same 357kW of power and 600Nm of torque, plus the eight-speed automatic transmission.

“The Quadrifoglio range was specifically designed to be the fastest production SUV and five-door passenger sedan to take on the Nurburgring and both achieved that goal,” he said.

“The NRING Limited Editions celebrate that triumph and those who strive to set the pace, in an absolutely unique and exclusive manner.”

The Guilia Quadrifoglio broke the Porsche Panamera’s Nurburgring lap record in September 2016 with a lap of 7:32, while year later, the Stelvio became the fastest SUV around the Green Hell when it lapped in 7:51.7 to beat the Porsche Cayenne Turbo’s best time.

Since then, both records have been eclipsed, with the new Mercedes-AMG GLC63 S lapping in 7:49.37 to become the fastest SUV and a specially tuned Jaguar XE SV Project 8 sedan going around in 7:21.23.

Alfa might argue that the Jag was not really a series production car like the Giulia, but …

Anyway, Alfa reckons it is still worth celebrating by building special editions of both of their performance stars.

In the Giulia, the carbon-fibre extends to the roof panel, while the Stelvio instead gets a panoramic sunroof.

Wheels chosen for these variants are 20-inch Dark Miron alloys for the Stelvio and similar 19-inch wheels for the Giulia.

Inside, both cars get black Sparco racing seats with red accents and stitching and carbon shell structure. Interior trim is a mix of leather and Alcantara, which extends to the sports steering wheel that also has a touch of carbon-fibre.

Special badges and a certificate of authenticity top of the list of extras.