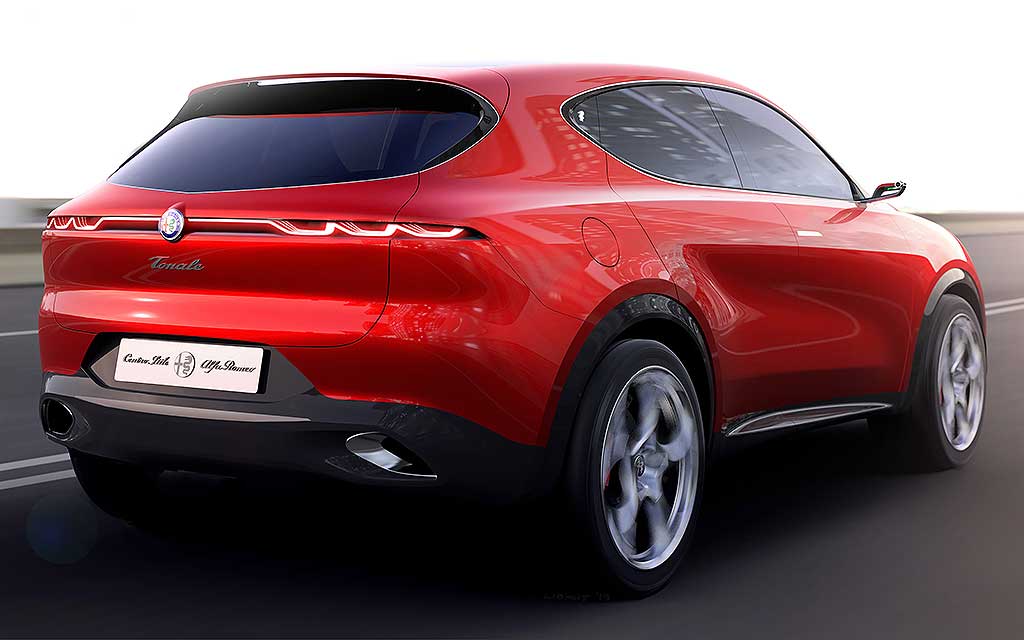 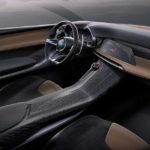 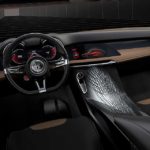 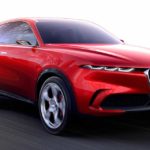 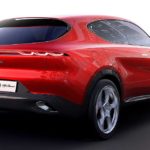 NINE months after it announced plans to add a critical small SUV to its model line-up, Alfa Romeo has revealed the incoming Tonale in electrified concept form at the Geneva motor show.
Expected to share its underpinnings with the Jeep Renegade and not the Giorgio platform-sharing mid-size Giulia passenger car and Stelvio SUV, the Tonale concept represents several firsts for the Italian brand.
Notably, it uses a plug-in hybrid powertrain that combines an internal-combustion engine up front with an electric motor at the rear.
This means that the Tonale concept’s DNA driving modes are different to those in the Giulia and Stelvio, with Dynamic becoming Dual Power (full combined performance) and Advance Efficiency evolving into Advance E (electric-only performance), while Natural (balanced combined performance) retains its name.
While Alfa Romeo has not provided full details yet, the plug-in hybrid set-up is expected to be similar to that just shown in the Renegade and its Compass sibling.
In their application, a 1.3-litre turbo-petrol unit is electrified to produce between 142kW and 179kW of power, a zero-to-100km/h sprint time of about seven seconds, 50km of pure-electric driving range and sub-50g/km of carbon dioxide emissions.
As such, the production Tonale is likely to be one of the marque’s first alternatively powered models, as part of its plan to electrify its whole line-up by 2022.
Despite being Alfa Romeo’s first small SUV, the Tonale concept is closely linked to its predecessors, with the ‘telephone dial’ 21-inch alloy wheels harking back to the 1967 33 Stradle, while the ‘three plus three’ headlights pay homage to the 1989 SZ and 2005 Brera.
In keeping with the company’s established exterior design language, the Tonale concept proudly wears the Trilobo front fascia and Scudetto grille.
According to Alfa Romeo, “the rear lighting is reminiscent of an artistic signature, rather than an optical lighting element, a sort of luminous signature born directly from the artist’s hand”.
As is the normal for an urban-focused SUV, the Tonale concept has black cladding for its side mouldings, wheelarches and rear bumpers, which features dual exhaust tips.
While the exterior is near-production, the driver-orientated interior is far from it, with the four-seat cabin punctuated by translucent backlit panels that feature “hand-drawn gestural lines” that “create a muscular tension”, according to the brand.
What is more likely to make it into the production Tonale, though, is the 12.3-inch digital instrument cluster and 10.25-inch touchscreen powered by a new infotainment system.
The marque is also promising that the Tonale will “deliver the best driving dynamics in the segment”, stressing that “the electrification of Alfa Romeo comes at the service of sportiness”.
Similar to the Stelvio before it, the Tonale takes its name from the Tonale Pass in the Alps in northern Italy, not far from the Stelvio Pass that borders Switzerland.